What are side effects? It’s one of those questions that gets frequently asked on Stack Overflow, around the water cooler and in interviews, but what does it mean? How do you know if your code or function has a side effect?

Functional programming has become hot topic in the JavaScript world, with large code bases making heavy use of declarative paradigm ideas, while practitioners have campaigned for wider adoption.

Functional programming is the process of building applications, composing it primarily of pure functions, avoiding shared state, mutations on data and side effects. It is declarative rather than imperative, and application state flows from one function to the next.

Functional programming goes someway towards reducing the impact of side effects in code that follows an imperative paradigm. Side effects are not only limited to state manipulation, interacting with the I/O, database, log system, APIs and anything else that can be controlled, has a side effect.

Some side effects are beneficial, and desired, such as the setTimeout() function, equivalent to sleep() and wait() in multi-threaded applications. Side effects aren’t a bad thing, but when hidden, or not otherwise obvious what’s happening, they can be dangerous.

Functional programming is not the panacea, but it is a good option, and should be combined with good application design and development practices.

The presence of side effects in code is neither a good or bad thing. They are inevitable in some cases, such as when working with languages that follow the imperative programming paradigm, or when mutating state through necessity.

In functional programming, functions are often designed to avoid side effects, with the result of most function calls being a derived value from the input parameters. The lack of side effects makes it easier to do formal verifications, and tends to lean towards an easier method of testing.

A shared state is any kind of shared state, an object, variable or memory space, that exists in a shared scope, such as closures, classes, functions and even global scopes, or as the input property being passed through functions.

The problem with shared state is by virtue its shared nature; you need to know the history of the object, shared events and other potential points of mutation and interaction.

A common side effect of shared state are race conditions. For example, imagine you have a User object, with a function saveUser(), which makes a request to an API. While that process is happening, the user modifies their profile and saves their data again, thus calling saveUser() a second time. Unfortunately for the user, the second request was received, processed, and their record updated before the first one completed. 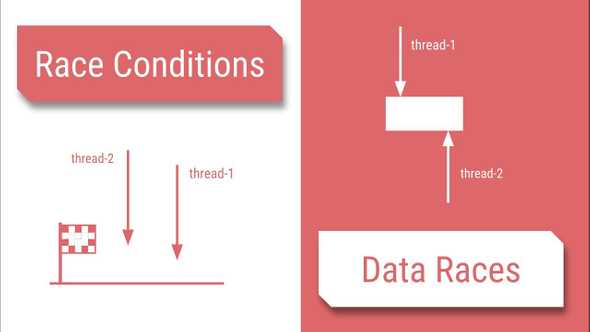 When working with shared state, there are strategies to mitigate collisions, races and deadlocks.

Another problem with shared state is the cascading function problem, in which the order and even timing of function calls has to be changed as the state changes. This is typically a side effect of changing the order of functions calls, which causes a cascade of errors.

If we don’t call doSomehing() before our switch statement, handleSomeEvent() doesn’t even get called, and the same thing happens when the invocation of doSomething() is shifted after the switch statement.

Check it out on codepen.

In the example above, using the object spread, we’re able to copy the values of the input onto our output state, while performing the mutations to the new object that we need, rather than mutating the values of state directly. This is a common pattern in JavaScript for copying values in one object into another, such as setting default values.

The order of function calls still matter, as the result can change depending in which order you call the functions in. The function composition (taking two functions to produce a single function) of f and g → f(g(x)) does not always equal to composition of g(f(x)). In our example above it does, but what if g performs a multiplication rather than an addition? f(g(x)) ≠ g(f(x)).

Immutability and data flow is a central concept in functional programming. In JavaScript, it’s important not to confuse the keyword const with immutability; const declares a variable that cannot be reassigned after it has been created.

You can’t create immutable objects in JavaScript by default. While const prevents value reassignments, you can still change the properties and values of objects and arrays, assigned to const, let and var.

However, immutable objects can still be achieved in JavaScript by using the Object.freeze, which prevents the modification of the object one-level deep, thus making it partially immutable.

Frozen objects are only superficially frozen; to achieve immutable objects, you will need to deep-freeze the object, by recursively calling Object.freeze over all properties in the object, from the deepest child and work your way up.

Thera are several libraries in JavaScript that provide trie data structure-like behaviour with immutable stores, such as immutable.js and mori.

A function (or subroutine) is considered idempotent in computer science when:

A function f() with side effects is idempotent under sequential composition f; f if, when called n-times with the same list of arguments, the nth call has no side effects, and returns the same value as the first invocation, assuming no other procedures were called.

A typical example of an idempotent function, is a function that queries a database for a customer’s name and address.

The influence of functional programming

There is a growing ground swell from functional programming enthusiasts, that advocate for less side effect driven code. There could also be confusion between side effects and pure functions - a function that is (a) idempotent, (b) has no side effects, and (c) will return the same output for the same parameters, every time.

Although the code sample above does not look like it is pure, it actually is. The value of x can only be observed in other invocations of f(), and f() does not communicate or cache the value of x to its environment.

A function is not pure and has no side effects, if the result of the invocation of the function is different each time without modifying state.

A function is both not pure and has side effects if during the invocation, it modifies state. This can be state that is passed to it as an input parameter, or state that it can access through its closure scope.

While classes colocate functionality and bound together under the namespace of the object class, functional programming tends to reuse a collection of functional utilities to process data.

Typically in functional programming, any type of data is fair game. For example, being able to use the map utility function to map over objects, strings, arrays and other data types. This is achieved by using higher-order functions, which is a function that takes a function as an argument, returns a function, or both.

JavaScript has first class functions, which allows us to treat functions as data and assign them to variables, pass them as arguments, return them from other function calls, etc.

So it’s not all bad?

So far we’ve covered what happens when a function assigns a new value to a variable, or looks like a pure function, but may not be one. Other side effects can happen when a function call invokes another function.

In multi-threaded applications, pausing a thread is a side effect. The state of the application has been modified in some way, and in some cases functions like sleep() or wait() are only useful for their side effects.

The term side effect may sound negative, but normally effect of calling a function is the very purpose of the function itself. In some way there is a side effect, be it memory or cpu utilisation, storing data to a database, creating a system log, communicating with a message bus server, etc.

In mathematics, the function is a mapping from a tuple of values (input) to a single value (output). So, given function f and a value x, f(x) will always yield the same result y. This is the basis of the pure function, but is often different to what the concept of a function (procedure) is in many programming languages, which is more of a construct.

Given the mathematical nature of what a function is, and how that differs in programming languages, there’s bound to be side effects in the invocation of any function, just that most of those are abstracted away from us, so that we don’t know about it.

There are instances though when following the declarative programming paradigm, that creating pure functions is a cleaner, safer and an easier way to develop. JavaScript has made great strides towards incorporating functional programming ideas into many of its languages features since ES2015, such as with the Array.* functions.

The negative aspect of side effects normally comes from cases where side effects are hidden or unknown. This is bad programming in the first place and should be avoided at all costs. Any code that produces a side effect should make it clear that it is doing so. Even Haskell, one of the most popular functional programming languages, still allowed I/O operations.

Statelessness is one approach to avoiding side effects, but that only takes into considering that state is cached and stored inside the application. Often this isn’t the case, such as with RESTful APIs, or Web UIs that don’t cache data locally.